The ads above are Google-sponsored.
Clicking on them at every visit helps support this website.
Clicking on something inside an advertisement, helps even more! 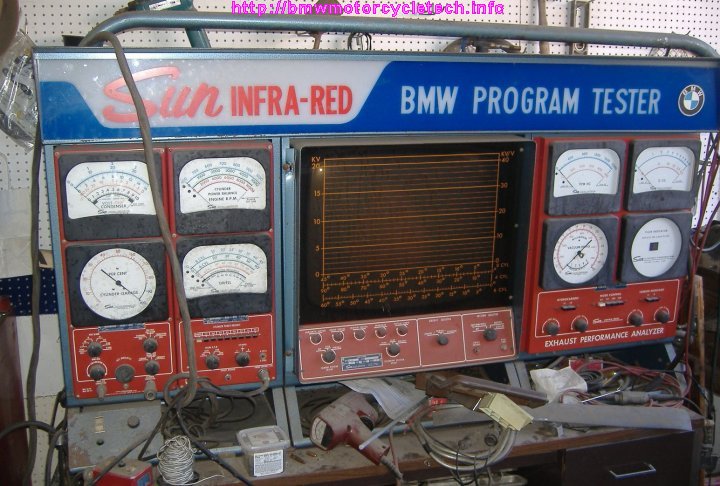 1.  How to figure out how much electricity your house is using at any one time:
Look at your glass dome power meter on the outside of your house/apartment/condo/whatever.  You will find a flat horizontal disc that slowly spins, with numbers on it.   On the plate/card/whatever, that surrounds this spinning disc, are a mess of numbers and characters that show the type of power meter, voltage, and various nonsense things. Typically the last thing on one line of this nonsense is something like this:   7.2 Kh. Yours may not be 7.2.  No matter.  Whatever yours shows, multiply that by 3600.     In this example  7.2 x 3600 is 25,920.

Watch the spinning disc.  If spinning relatively slow, synchronize one of your eyeballs on the seconds-hand of your wrist watch...hold it up to the meter.....the synchronization point should be ANY number/line on the spinning disc.  A convenient place is "0", because most of these spinning discs will have a black area just before the zero point, so it is easy to get the correct number/position anticipated.  If not spinning slow enough, turn off some of the electrical drains in your house; or see below.

of that disc.   Let that time be called T.  The number of watts your household is using is the number on the line multiplied by 3600, in this example that is 25,920; and divide that by T.

If the disc is spinning at a high rate of speed, you could count TEN revolutions, then divide the results by ten.

HOW does that electric meter work?   The disc is aluminum, and currents called Eddy Currents are used to move the disc, which is coupled to a number of gears, and the small dials.  Describing how Eddy Currents are formed and flow in aluminum, which is a really interesting situation since aluminum can not be magnetized like you can with iron or steel, is WAY beyond what I want to put in this article.

2.  The Queen Elizabeth 2 was more fuel efficient than a H3 Hummer.

4.  The seat hinge clip from an early 1980's Airhead is PERFECT for securing the trigger group of an Romanian AK-47.

5.  This is a photo of the first computer.  It had many thousands of vacuum tubes, and you only see some of the computer in this photo.  The tubes created a LOT of heat. Today, our Smart Phones have billions of times more computing power. 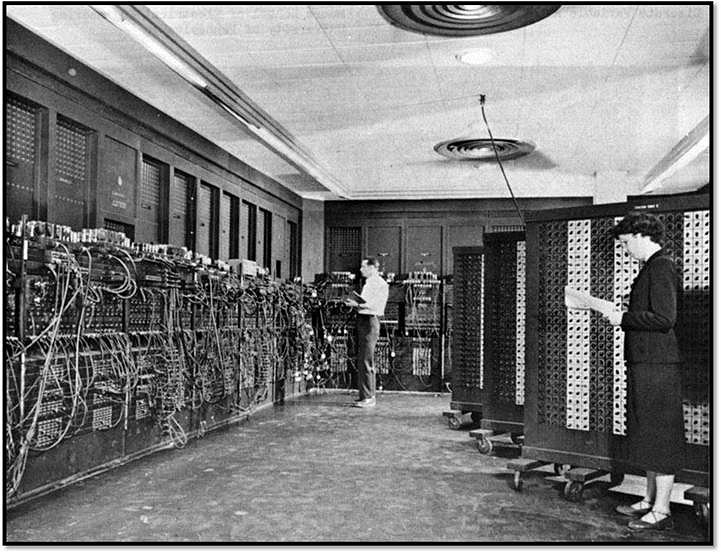 (a)  How they work, SIMPLIFIED:
No matter whether straight tubes, circular tubes, coiled tubes, the FLUORESCENT types all work mostly the same.   Old-style DUAL contact-at-each-end tube types have a filament element at each end, a ballast or other starter circuit temporarily heats up these filaments, and when they glow, a higher voltage being applied between the two ends of the long tube, the gas mixture inside the tube and the tiny bit of mercury in the gas & the hot filaments allow an electrical gas discharge current to flow throughout.  That discharge current is in contact with phosphors coating on the inside of the tubes, so the tube phosphors glow.    Lamps with only one contact at each end are started by higher voltage electrical discharge, and may contain differing amounts of gases and such as mercury.  These tubes have been made in many styles, but the long types used over workbenches and in industrial and commercial buildings are still very common.  Another type that was somewhat popular was a single round tube, often used in lamps in your home, perhaps 9" in diameter.    The newer type is the COMPACT fluorescent lamps.   These are made in coiled tube format, are just called CFL types.  These work the same way as all of these types of lamps, but the CFL versions for home and office are made from values of a few watts of power input, to as much as 105 watts input, and the mechanism by which they are triggered-on can be electromagnetic or electrostatic....such mechanisms are built into the bases.

(b)  What YOU should know:
Yes, you probably already know that these lamps should not be thrown in the trash, due to the mercury content, which is microscopic, but does exist.  You are also supposed to be quite careful not to break one of them inside your home, and are supposed to know how to clean up after a breakage.  BUT, here is information you likely do NOT know.   These types of lamps are not designed to be turned on and off quickly. That is, you should NOT turn the light switch on, and then off, unless the lamp has been on at least 15 minutes.  Do NOT put these lamps in a place where they are turned on and off a high number of times daily.  What will happen is that the lamp LIFE will be GREATLY diminished!   This is ESPECIALLY so for the coiled types that are so popular nowadays.    Of course, if you are getting them for free from such as your power company, this may not mean anything to you.     Where these lamps really shine (pun intended) is in places hard to get to (tall ceilings, ceilings over stairs....) where they are installed, powered-on, and left on forever, or for long periods of time.  Used properly, they WILL pay for themselves.

Where you can really save money on lamps in your home, is where you turn a lamp on, say in the early evening, and leave it on for hours.  Perhaps it is a lamp that you use for reading.   As you get older, you will prefer MORE lumens.   You can get CFL lamps from as low as 9 watts real power drain up to 105 watts real power drain.   The hype will want you believe in their published lumens, and will have you believe that a 65 Watt drain CFL is equivalent to a 300 watt incandescent; and a 105 watt CFL is equivalent to a 400 watt incandescent.  It isn't so, in the real-world.  The lumens measurements they use are NOT practical for most users, as they are almost always a totaling of light in every direction, and not measured the same as in incandescent lamp.   For a hallway or stairway, you can probably use a CFL rated at a true drain of 9 to 18 watts.  For a table lamp (usually not for reading) you can use 13 to 26 watt drain lamp.   For READING, get a 65 watt drain lamp, and if you have the room (the 65 and up are TALL!!) and normally need a 200 watt incandescent, you can consider the 105 watt CFL, although the 65 watt may do fine for you.  Remember, if you turn them ON, do so only if you need the lamp for at least 15 minutes.   Keep in mind that my use of wattage here is the actual drain of the lamp, not the fictitious equivalent light output.

Do NOT make the mistake of turning these CFL lamps on and off repeatedly in short periods of time ...they WILL burn out much sooner.  SOME packages will tell you that, most do not.   If you turn one off and on a lot, I suggest a LED type, or, leave the CFL on at least 15 minutes.  If that is not convenient or not needed, then use a LED type.  LED types are expensive, but last, if not in too hot a place, for many years.... and many formats/constructions are available, including SPOT and FLOOD.  Note that CFL lamps do not give full output for a minute or three.

Unless marked on the package or lamp as being OK for dimmers use, CFL and LED types are NOT.   Conventional dimmers used with most CFL lamps that ARE marked for dimmer use, WILL work reasonably well, but many will cause flickering at lower settings. DO NOT USE FLICKERING SETTINGS with CFL!   That is not a problem, usually, with dimmable LED types.  LED types last longest if they are not mounted where they will get too hot.

(c)  Photographic/strobe flash tubes (discharge tubes) have no phosphors on the inside of the glass tube.  The very fast discharge of a HIGH current, is what causes the brilliant white light.   The high current is typically supplied by a capacitor and power supply. Flash tubes do not have heated filaments.  While the gas mixture can be manipulated by the maker so that high voltage application does the triggering, usually such discharge tubes are triggered by other means.   In some versions an electrostatic field done by a bit of wire or foil on the flash tube does the triggering.  That may look like a few turns of wire, with only one end connected.   This is a quite effective method.

9.  The transistor was not exclusively a Bell Labs invention.  There is very little common knowledge about the true story.  I have put two pdf files on this computer for your reading pleasure.

(a)  A history of semiconductors:  https://bmwmotorcycletech.info/AHistoryofSemiconductors.pdf

(b)  How Europe missed the transistor (sort-of):  https://bmwmotorcycletech.info/how-europe-missed-transistor.pdf

10.  While improvements can & are still being made, rotating hard disc drives for home computers have matured in performance & capacity. The Read-Write "head" in your computer's hard drive probably has an effective physical size of ~ 0.05" x 0.04" x 0.01".  It 'rides' above the disc(s) on a cushion of air, at a height of ~15 nanometers; the disc surface speed, while obviously faster at the outer area than the inner area, has an average speed of 53 mph.  The future is solid state drives (flash memory), widely available now, and some are simple plug and play types to replace the mechanical types.  Prices for SSD have been lowering, and will take over eventually for most all home type uses.

11.  The waverly washers used by BMW can, in some circumstances, provide less holding power for the bolt/nut than no waverly washer.  Complex to understand, has to do with the surfaces sliding in relationship to each other, which not only loosens them, but tends to unscrew fittings.  It was a German company that did the testing that proved all this.  Here is an article about threads and fasteners, that is relatively easy to understand, and explains things in depth, yet simply:
http://gmcws.org/blog/wp-content/uploads/jim-rowe-fastener-presentation.pdf

12.  MANY arguments/discussions have been on various motorcycle forums, LISTs, etc., about springs.  Typically some of the discussions involve what happens if a progressively wound spring is installed. What if a spring is shortened or made longer (which does NOT in itself, either of those, make the spring give stiffer or lighter response).  What happens if the spring is cut into halves, ETC.   The formula governing springs is a matter of physics.  Here I will put the formula for springs, that has NOT been simplified.  If you are interested, you can look at this formula, simplify it by removing constants; some pondering time will give you all the answers: 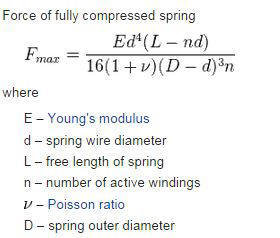 The TRUE weight of the bikes AS ACTUALLY MEASURED, was always MORE than shown.

14.  Brand-new ball-point pens may not want to write.  If trying circular motions on a piece of UNcoated clean and dry paper doesn't  work, hold a match or lighter under the metal tip for 2 or 3 seconds.  Immediately start drawing circles again.  That will usually fix the dried ink problem for good. 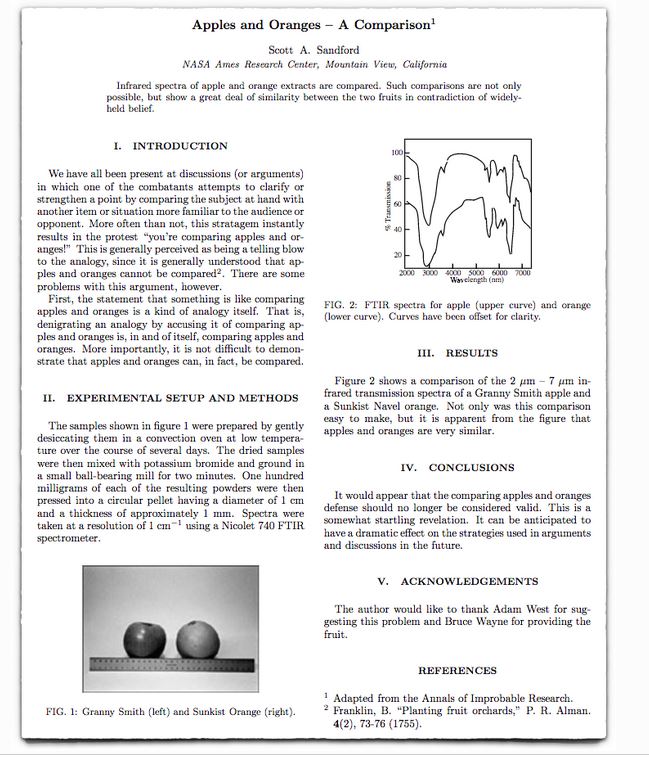 17.  Schematic and very basic information on the Delphi ionization detector ignition; used by HD, and maybe others: 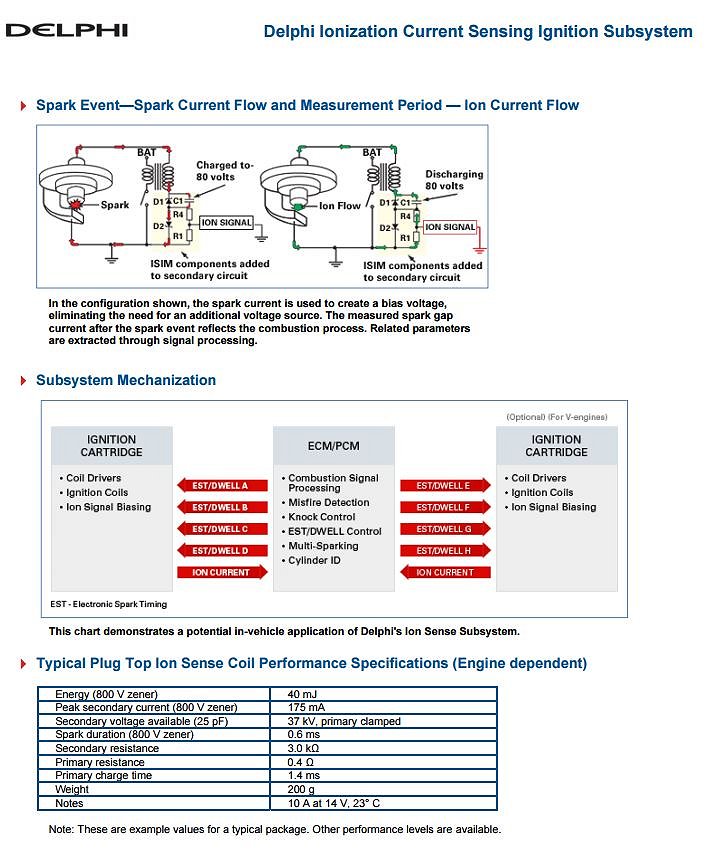 18.  If you are interested in the technical details about how any type of 'spark' ignition actually ignites the mixture (ionization, plasma, temperatures, etc), I have it in both pdf and Word formats. Click on which you want.

Return to the HomePage